Fireside Chat on Experimentation in ML with Scott and Sam

Fireside Chat on Experimentation in ML with Scott and Sam

Experimentation is foundational to model development, whether in the context of artificial intelligence, high performance computing or everything in between. We design, explore, iterate, adjust, evolve, improve, optimize and scale our experiments to better understand our models. But there are many moving parts of this experimental process and putting all of them together can be time-consuming and, at times, tough to get right. Is there a combination of techniques and tools that can make this messy process easier?

Join this fireside chat to hear Sam Charrington from TWIML and Scott Clark from SigOpt debate this very question. They’ll share their own experiences running into dead ends and uncovering novel insights through experimentation. They’ll discuss the broad array of options available to modelers looking for simple solutions to problems like tracking runs, visualizing experiments, designing experiments or running hyperparameter optimization at scale. They’ll explain how certain customers or podcast guests have taken novel approaches to experimentation to solve tough problems with models. And they’ll provide a sketch for a new concept around intelligent experimentation that holds the promise of enabling modelers to know what to try next during experiments and have more confidence in the robustness of their experimental results.

If you can’t join us but are interested in test-driving a more intelligent approach to experimentation, you can sign up for SigOpt for free and be running with it in minutes: sigopt.com/signup. 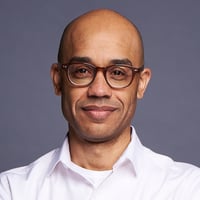 Sam Charrington is a noted ML/AI industry analyst, advisor and commentator, and host of the popular TWIML AI Podcast (formerly This Week in Machine Learning and AI). The show is one of the most popular Tech podcasts with over 12 million downloads. Sam has interviewed nearly 600 of the industry’s leading machine learning and AI experts. In addition, he has conducted extensive research into enterprise AI adoption, MLOps, emerging ML and AI platforms, and other enabling technologies. 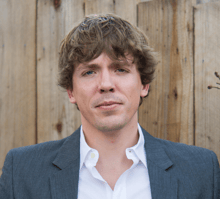 Scott Clark is the co-founder, former CEO, and current general manager of SigOpt, acquired by Intel in November 2020. Scott leads SigOpt's ongoing efforts to build a product and vision of an Intelligent Experimentation platform that accelerates and amplifies the impact of modelers everywhere.

Scott has been applying optimal learning techniques in industry and academia for years in areas that include bioinformatics and production advertising systems. Before co-founding SigOpt, he worked on the Ad Targeting team at Yelp, where he led the charge on academic research and outreach with projects like the Yelp Dataset Challenge and open-source Metric Optimization Engine (MOE).

Scott holds a PhD in Applied Mathematics and an MS in Computer Science from Cornell University. He also holds BS degrees in Mathematics, Physics, and Computational Physics from Oregon State University. He was recognized as one of Forbes' 30 under 30 in 2016.